Hello, I just want to know when is the best time to follow-up the Corrective Action Report (CAR) from the date it was issued to someone. Thanks 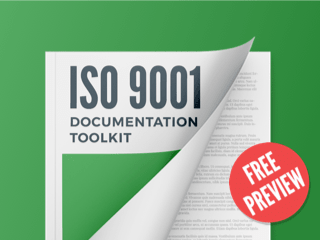 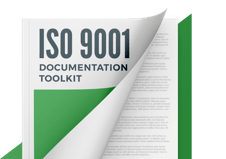 Why do we do the follow-up of a corrective action?

Because we want to verify two important things:

When I work with organizations, I never recommend a universal rule for the time to perform the follow-up. Some corrective actions will be fast to implement and get results to check effectiveness, but others will take more time. What I recommend is that after determining the root-cause(s), the person responsible to propose the corrective action also proposes two important commitments:

That way, when a corrective action proposal is approved it is also clear what will be the test to declare effectiveness, and when will it be done.

The following material will provide you more information about corrective actions:

Corrective action reports must be answered 5 days after it was issued to someone right? Does that mean I also need to follow up him/her after 5 days? Thanks

There is nothing in ISO 9001:2015 stating that corrective action reports must be answered in 5 days. However, if your quality management system internal rules determine that, then 5 days is the rule to follow. So, people have to answer in 5 days identifying the cause(s) and proposing a corrective action to implement. And you can check, after 5 days, if an answer was given. But follow-up does not end there.

These two questions most of the time can take more than 5 days.

For example, an organization during management review concluded that the rate of complaints was too high and should be reduced.

A corrective action was requested.

After data analysis the main reason for complaints was confirmed: delivery delays.

After investigation the main cause was determined: lack of production capacity.

As a corrective action it was proposed that within 30 days a third shift would start production.

One can check after 5 days if an answer was given.

One can check 30 days after the answer if the third shift is already in operation. Let us suppose so. Now comes the question: is the third shift introduction effective in reducing the number of complaints?

You can determine that after 90 days of a third shift in operation you will check effectiveness. And after 90 days you compare complaints rate before and after and you realize that complaints due to delivery delays completely disappeared. Effectiveness was confirmed. Now the corrective action request can be closed.

Thank you for your response. It was very helpful

When an organization detects a non-conformity, it must correct it and record both the occurrence and the actions and decisions taken. See clause 8.7.2 of ISO 9001: 2015.

The fact that a non-conformity occurs does not require the mandatory triggering of corrective action.

Corrective action often represents too high an investment for some non-conformities that occur. Real corrective action involves investigation and testing of theories, something that costs time and money.

In the case that you report:

Please check slide 16 of this free webinar on demand - Free webinar – Measurement, analysis, and improvement according to ISO 9001:2015 - https://advisera.com/9001academy/webinar/measurement-analysis-and-improvement-according-to-iso-9001-2015-free-webinar/

So giving corrective action is not required to all occuring nonconformities?

Thank you very much.

I must admit that your previous message made me suspect of that.

Yes, not all occurring non-conformities require a corrective action.

Consider the possibility of simplifying your quality management system internal rules by separating recording of non-conformities from recording of corrective actions. Please consider this article - ISO 9001 – Difference between correction and corrective action - https://advisera.com/9001academy/blog/2016/02/09/iso-9001-difference-between-correction-and-corrective-action/

When to develop a corrective action